New Programming for people on the Autism Spectrum/Neurodiversity

Residential Treatment for Depression at CooperRiis

Our whole-person, integrated approach to recovery has helped adults aged 18+ experiencing all forms of depression regain their energy, reignite their passions, and reconnect with a sense of purpose.

We can help you or your loved one too.

We treat adults aged 18+ with depression.
Get Started

Our Approach to Healing Depression

Authored by Eric Levine, Ed.D. and Reviewed by Amy Zimmerman, DO Psychiatrist

We also believe that individuals with this condition are capable of recovering and living full, gratifying lives. That’s why we do more than temporarily mitigate symptoms; we provide the comprehensive care residents need to achieve long-lasting depression recovery. And that begins with helping them reconnect with their core values.

What is major depressive disorder?

Sadness is a part of life. It’s normal to occasionally experience melancholy, listlessness, or ‘the blues’ in response to environmental changes. Major depressive disorder, however, is characterized by persistent and ongoing feelings of intense sadness paired with a loss of interest in formerly enjoyable activities. Major depressive disorder is a severe mental health condition that impedes daily, professional, and relational functioning and can sometimes make life feel as if it isn’t worth living.

Major depressive disorder is surprisingly common. The Journal of the American Medical Association states that more than 20-26% of U.S. women and more than 8-12% of U.S. men  experience at least one incidence of depression in their lifetimes.

The median age for the onset of clinical depression is 32 (U.S. Census Bureau Population Estimates by Demographic Characteristics, 2005).

What other kinds of depressive disorders are there?

Seasonal Affective Disorder (SAD) – This type of depression is directly caused by the time of the year. It occurs most often in the winter months when people have access to less sunlight, typically going away in the spring and summer.

Persistent Depressive Disorder – This is depression that lasts for two years or longer.

Psychotic Depression – This is depression accompanied by psychotic symptoms such as hallucinations, delusions, and paranoia.

Postpartum Depression – This is depression that develops in the weeks or months after childbirth.

Premenstrual Dysphoric Disorder (PMDD) – This is depression experienced by women prior to the start of each period. It often occurs with symptoms such as fatigue, anxiety, mood swings, changes in appetite, changes in sleep patterns, difficulty concentrating, irritability, and feeling overwhelmed.

What are the signs and symptoms of major depressive disorder?

To be diagnosed with major depression, a person must be experiencing five or more of the following symptoms for two weeks or longer, with at least one of the symptoms must be a loss of interest in activities or a depressed mood:

The exact combination of symptoms can vary from person to person and according to the type of depression experienced. Additionally, some symptoms commonly connected with depression that are not a part of the diagnostic criteria. These include:

How do you recover from depression?

A holistic, cross-disciplinary approach to recovery that includes psychotherapy, medication, and physical activity has been shown to be the most effective method of treating depression in young adults, middle aged adults, and older adults. If you are interested in learning more about whether our residential depression recovery program is right for you or your loved one, give us a call today.

Self Exploration and Expression

A distorted view of reality can make it hard for individuals with depression, particularly if they're young adults, to envision uplifting possibilities for their futures. Through a variety of therapeutic modalities such as cognitive behavioral therapy and motivational interviewing, we guide residents in identifying some of their strengths and interests. Then, we encourage them to participate in activities that appeal to those strengths and interests, helping them recognize the benefits of doing so.

As residents enact their core values and reconnect with their passions through outdoor pursuits, movement practices, creative outlets, work crews, and other activities, they start to gain clarity about what they want out of life. This enables them to craft a Dream Statement, which formally expresses their aspirations. At CooperRiis, Dream Statements guide residents’ development of core goals (attainable in 3 months) and achievable goals (attainable in 1-2 weeks), allowing them to map clear paths towards personally fulfilling lives.

Our healing community interrupts this cycle of isolation and despair by embracing residents and supporting them through all stages of their recovery journeys. Individuals who enter our treatment program for depression learn they’re neither alone nor broken when they engage with peers and our expert team of care providers.

To combat the feelings of worthlessness that often accompany depression, we provide residents with a variety of opportunities to contribute meaningfully to their communities. Whether they're offering their peers support during therapy groups or tending to our gardens with their work crew, residents get tangible proof of the value they bring to others on a daily basis at CooperRiis.

At CooperRiis, people embark on their recovery journeys together, which means our community is bonded by the shared experience of healing. This removes the stigma associated with depression, giving residents the senses of belonging and security they need to persist in achieving their mental health goals.

The best major depressive disorder treatment plans are multimodal. That’s why, rather than relying exclusively on medications or therapy, we combine a variety of evidence-based treatments to address all of the following seven domains of health for our residents:

The Seven Domains of Recovery 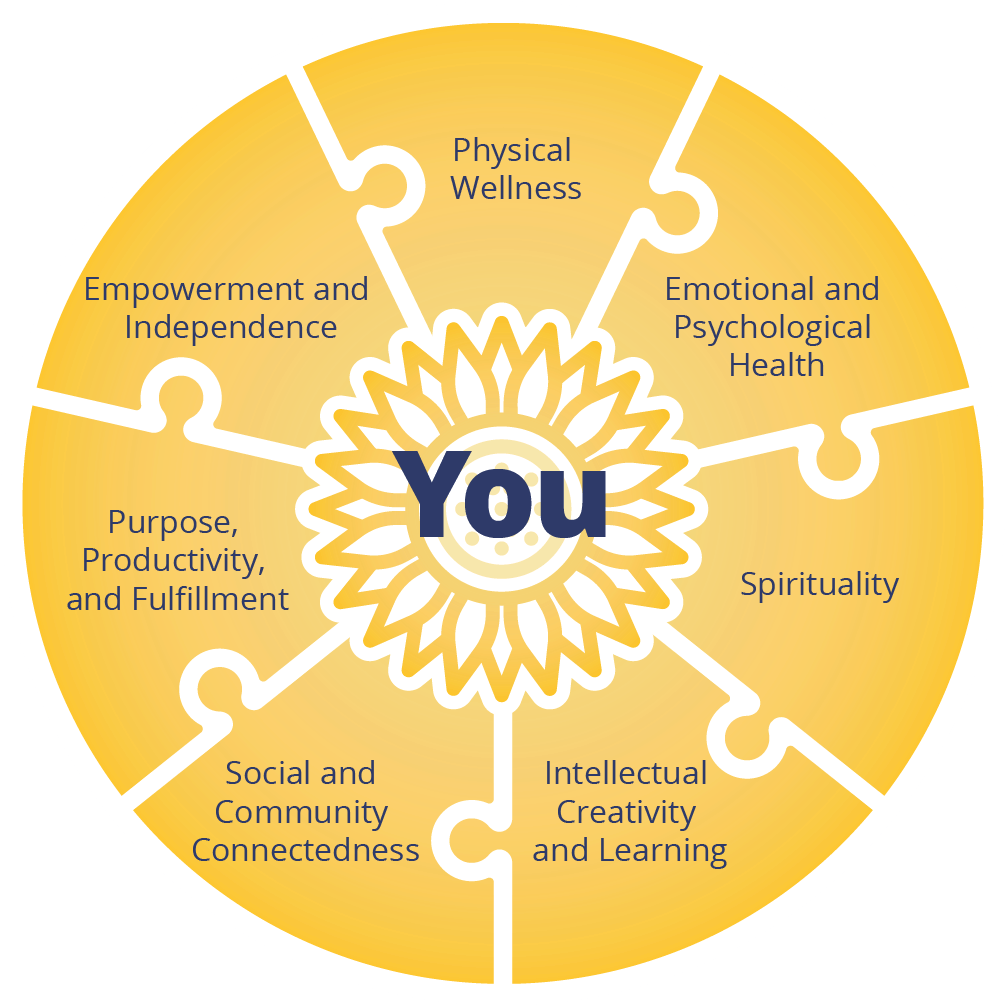 Treatment Plans That Meet Residents Where They Are

No matter where they are on their recovery journey, every CooperRiis resident receives personalized care that allows them to make sustainable progress towards their goals. While this means every individual’s recovery plan is unique, the following types of depression treatments have been especially beneficial for our residents:

The environments at CooperRiis' residential treatment facilities offer residents with depression a stress-free place to reconnect with their values and interests. Housing features private bedrooms with ensuite bathrooms and plenty of natural light, immediate access to walking trails, and on-campus arts and crafts studios. By removing the challenges of everyday life and offering plenty of outlets for self expression, both the Farm and CooperRiis at Asheville promote residents' recovery.

Research shows that regular exercise reduces stress, supports healthy emotional regulation, promotes confidence, and elevates people's overall moods. For these reasons, it's a key component of the recovery programs we develop for individuals with depression. After helping residents select movement practices that suit their interests and preferences, we support them in establishing sustainable habits around those practices. We're careful to position exercise as an empowering, uplifting, and enjoyable activity.

Nutrition can play a significant role in individuals' experiences of depression. Not getting enough nutrients can contribute to lethargy, and some substances — such as alcohol — can exacerbate symptoms if consumed excessively. That's why we collaborate with each of our residents to create balanced, personalized nutrition plans that provide them with all of the nourishment they need while mitigating their symptoms.1 For some individuals, we recommend adding supplements to enhance the benefits of a well-rounded diet.

Like everything at CooperRiis, decisions about medication are collaborative: Our integrative psychiatrists work with residents to develop approaches to medication that align with their specific needs, goals, and preferences. We strive to prescribe the lowest dose that will support the highest quality of life for all our residents, and we maintain regular communications with them so necessary medication adjustments can be made in real time.

We teach residents breathwork and mindfulness techniques that they can use to stay focused on the present and build their sense of self-efficacy. Whether they're finding themselves stuck in unhelpful patterns of thought or having trouble recovering from setbacks, residents can use these strategies to regulate their emotions, center their thoughts in the present, and ground themselves in their senses. Doing so gives them the space they need to address challenges effectively.

Our accredited, experienced psychotherapists offer a variety of therapeutic modalities in both individual and group settings so residents can select the treatments most comfortable for them. We find that residents with depression often benefit from Cognitive Behavioral Therapy (CBT), Acceptance Commitment Therapy (ACT), Dialectical Behavior Therapy (DBT), and/or Emotional Regulation Therapy. All four of these approaches enable residents to effectively challenge unhelpful patterns of thinking, solidify adaptive core beliefs, and establish healthy patterns of behavior.

Motivational interviewing is an evidence-based technique that supports residents in reconnecting with their values and gaining clarity around why recovery is important to them. During MI sessions, our trained clinicians ask open-ended questions that elicit candid responses from residents about their beliefs, emotions, and self-concepts. By listening attentively to these responses and engaging in dialogues around them, CooperRiis staff members help residents adopt adaptive perspectives on their lives.

We teach residents with depression compassionate communication — also called nonviolent communication — as a healthy, productive way to cultivate open feedback channels with others so they can maintain strong support networks outside of CooperRiis. Through this programming, we equip residents with the skills they need to share challenging feelings without placing blame and to hold space for the challenging feelings of others without taking them personally.

Depression and substance abuse often go hand in hand; it is not uncommon for those who feel chronic despair and hopelessness to rely on drugs or alcohol as coping mechanisms. Our dual diagnosis groups support residents in addressing substance abuse issues while they undergo treatment for the other components of their depression. This allows residents to gradually replace their maladaptive coping strategies with healthy ones and make sustainable progress towards their recovery goals.

According to a recent study, familial support reduces the re-hospitalization rate for those with mental illnesses (Tomita, Lukens & Herman, 2014). We keep family members updated on their loved one's progress and provide in-depth education on how they can become the support system needed to achieve the highest levels of health and wellness for their loved ones.

Familial support reduces the rate of re-hospitalization for those with mental illnesses, according to a recent study.2 We not only keep family members updated on their loved one's progress with us, but we also provide them with an in-depth education on how they can become the support system individuals with anxiety disorders need in order to achieve their highest levels of health and wellness.

Data collected over 10 years show that the residential treatment program for depression at CooperRiis works. Individuals who benefit from our holistic, recovery-focused model of care make demonstrable progress in multiple domains of health.

After participating in our program, people with depression:

An extensive body of research and clinical experience affirms these findings: Combining psychotherapy with a strong, supportive community, structured daily routines, physical wellness programs, and an integrative approach to medication can dramatically improve the lives of those with depression.

Contact us to get started with our healing community.
What can I expect when I call?
Call 828-899-HOPE 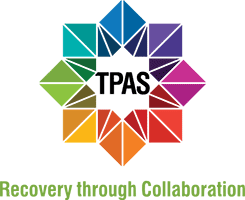 We are waiting to assist you and answer your questions now.

Call to speak with one of our friendly admissions team members. We will help you determine which program would be best for you or your loved one, and gather information about the potential resident.

Or, email us any time at: Admissions@CooperRiis.org